Sockeye salmon is know to scientist as Oncorhynchus nerka but know to anglers as red salmon or blueback salmon, and is a migratory fish found in the Pacific Ocean and rivers running from it. A landlocked Sockeye that is “stuck” in a lake is called a Kokanee. This species is commercially one of the most popular of all because of it’s dark, rich, flavorful meat and is 3rd in population next to Pink and Chum salmon.

If you have ever ordered wild salmon at a restaurant, then you know what a sockeye salmon tastes like. It has the richest flavor of any of the salmon species, and it also has a natural orange color to its flesh that make it visually appealing (non-wild salmon sold for food is usually farmed Atlantic species. The color is due to food coloring much of the time).

Below you can see some differences between each sex of Sockeye/Kokanee.

Salmon are also very popular in documentary films, as their runs tend to be huge and go through some of the most important river systems in North America. Unlike the pinks, they are known to migrate huge distances up difficult passageways. They are one of the main staples of the coastal grizzly bear diet in Alaska.

In the ocean, sockeye are a greenish color and their backs are tinges with blue, which gives them one of their alternate names, blueback salmon. They are also known as red salmon, because when they spawn they change a remarkably bright shade of red. This is part of what contributes to their popularity in the press, as they are easily picked out when in the rivers for spawning with this tinge to their flesh.

Their faces, heads, and tails also change color when spawning to a dark green. Like other salmon that return to fresh water to spawn and then die, the shape of the sockeye’s jaws will change on their run upstream, giving it a fierce appearance. Sockeye are the third most populous Pacific salmon species, and they grow to be between five and ten pounds, and up to 33 inches long.

Sockeye are a relatively new species when it comes to sport fishing. Less than two decades ago, these fish were not taken by anglers due to a couple of factors. They feed primarily on plankton and shrimp, and swim at depths up to fifty feet. For some reason, though, many sockeye began to modify their behavior and take bait that simulated shrimp, especially when located behind a flasher and trolled slowly.

Fishermen have noted that since they first began to strike, sockeye have begun to hit on a number of different lures, including hootchies and squirts. They also tend to bunch to in tide lines, and when other salmon species are present the sockeye salmon are much more likely to take bait.

The kokanee is the land locked version of the sockeye salmon, and it is found in fresh water wherever sockeye are also found; that is, from California and Alaska in the east and from Russia to Japan in the west of the Pacific ocean. Kokanee tend to be smaller in length than sockeye, growing only to about eight or nine inches. Like the sockeye, both male and female kokanee die after spawning, which usually occurs in the early fall. Like sockeye, kokanee can be difficult to catch as they feed on plankton, but they have been known to take flies.

Both sockeye salmon and kokanee will bite on either flies or lures, but it really depends on the mood the fish is in, water clarity and presentation. This species has been noted especially for its tendencies to modify its behavior, and it is likely that more specialty lures will become available to sport fishers out after sockeye.

To the left you can see the lower jaw with no marks and to the right, the tail with no spots: 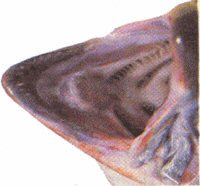 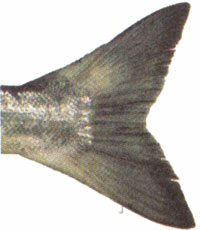 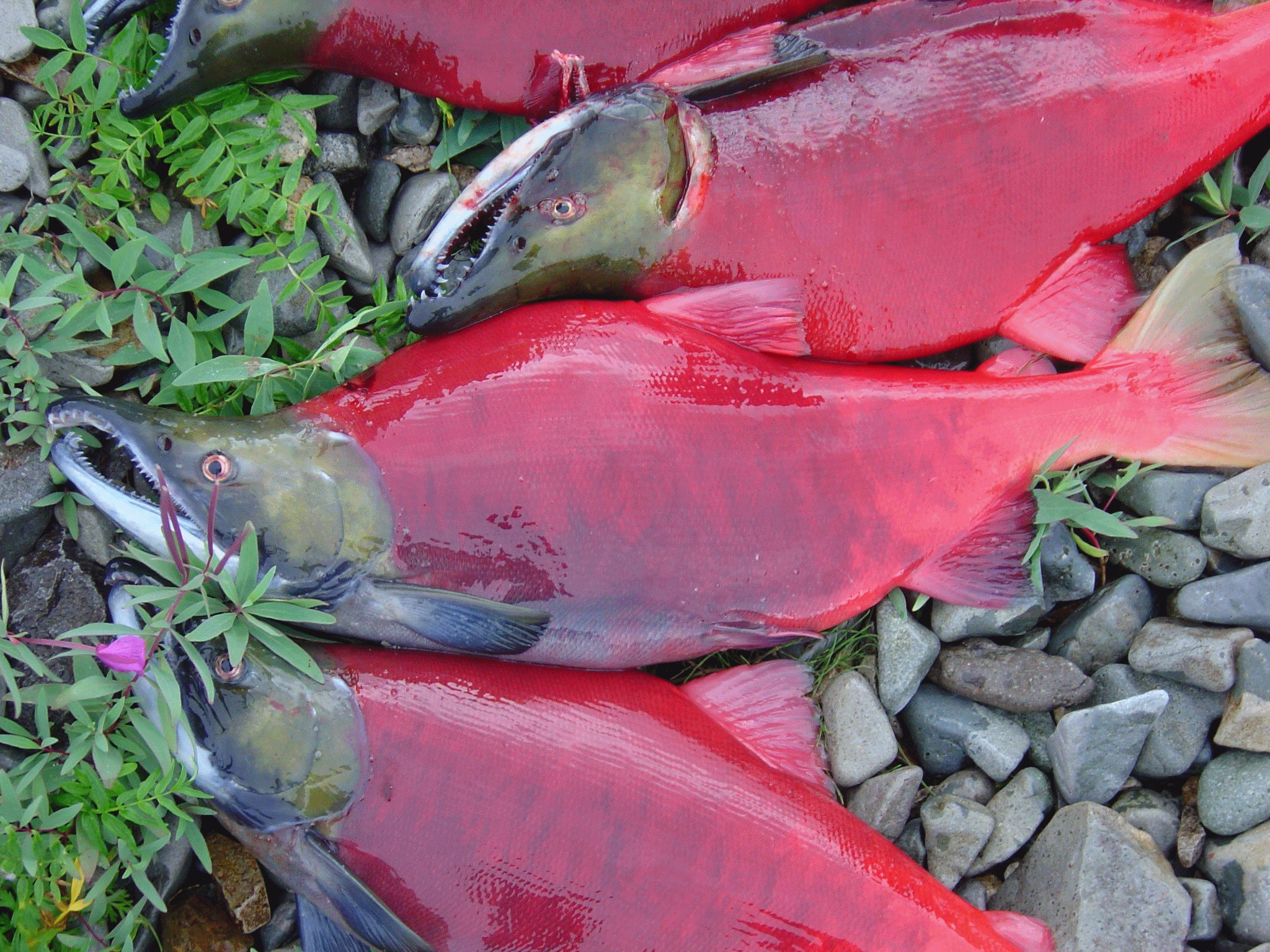 If you would like to learn more about each species such as Chum Salmon, click on the hypertext or go to the top of the page to find out more about the species you’re interested in.